The reunion was lovely. Awkward university students standing in a circle outside Canterbury West station. The rest met us at Ashford International. I needed a coffee – a latte was the result, along with two bars of chocolate. I haven’t had them yet. The majority of us haven’t seen each other since the briefing a few months ago, when we went from complete strangers to quick, enthusiastic friends…and now we’re back, seeing each other for 2 weeks straight in the City of Light, all of us from different disciplines.

The journey on the Eurostar was a delight. Whilst passing through the French countryside and its communes – Lille, Amiens, Compiegne – many memorable conversations had been struck, from French culture and food to people’s backgrounds, interests and future aspirations, alongside someone’s temptation for the cherries offered by other members of the group – she couldn’t resist.

Our accommodation, the Foyer International des Etudiantes, could not have been better situated. Right next to the Jardin du Luxembourg with an impeccable view of Paris on its terrace – it’s a shame the terrace closes at 11pm. Easily identified was the Eiffel Tower, Les Invalides with its golden dome, the Church of Saint-Sulpice, La Defense in the far background, the Arc de Triomphe just barely visible, and a fabulous view of the Basilica of the Sacré-Cœur overlooking Montmartre. I couldn’t believe my luck – or as my mother calls it, ‘travel luck’. My room also had traditional writing desks, from which I am currently writing and will continue to write from for the remainder of my time here.

First bit of sightseeing saw us strolling towards the Seine, passing Quasimodo’s imposing yet serene Gothic abode, the Notre-Dame Cathedral – some of the girls kept being reminded of the Disney animated film and the songs that came with it. An orchestra was playing amongst the greenery while a little boy played the accordion not too many steps away on the Pont Saint-Louis. Our first stop was the famous Shakespeare and Company, a bookshop I have a particular affection towards due to the opening scene in Richard Linklater’s film Before Sunset (2004). There were in fact two Shakespeare and Company bookstores: the original was established in 1919 by Sylvia Beach, moved to a new location in 1921 and finally closed in 1940, while the second was opened by George Whitman under the name Le Mistral, renamed it in 1964 after Beach’s death and it has remained an iconic landmark and popular film location ever since. Whitman’s daughter Sylvia Beach Whitman now runs the store.

Walking around this city I couldn’t help but admire the delightfulness of the architecture. Elegant and light. Imposing but not frightening. And very bourgeois. 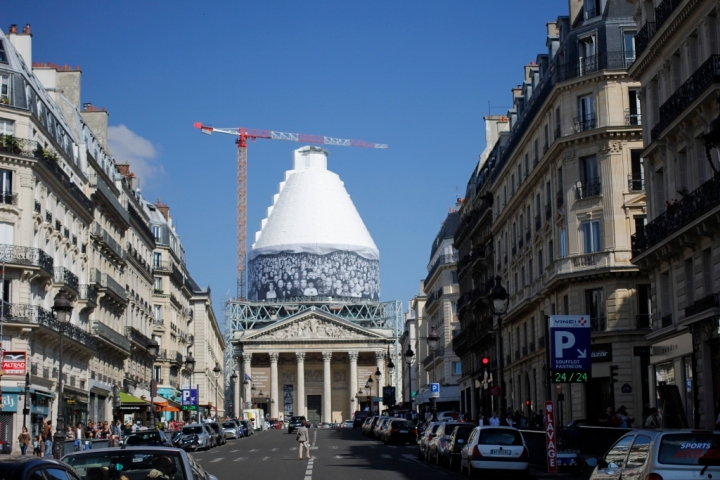 On the way back to the hostel we passed the Panthéon – not the oldest Christian church in Rome – which proudly advertised on the outside of its dome the installation of black-and-white portraits – titled Au Panthéon –by photograffeur JR. We also passed a small jazz band playing in front of the Sorbonne – the former building of the University of Paris – before making a quick trip to the nearby groceries and relaxing on the terrace, sharing a bottle of red wine and enjoying the evening sunshine. 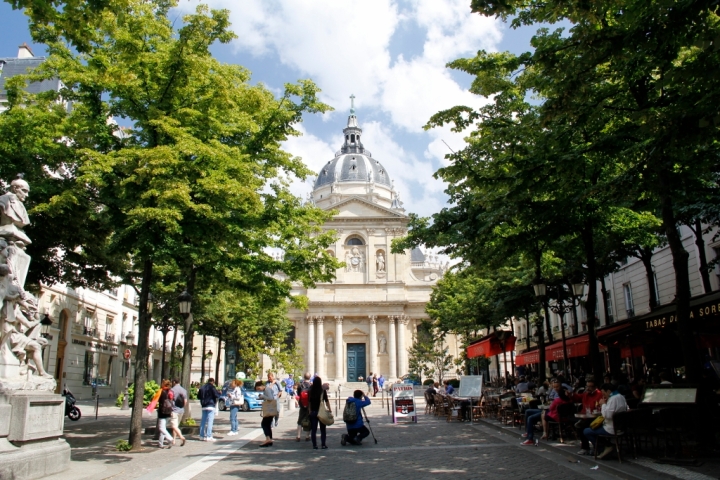 Dinner took the form of savoury – and sweet – crêpes at La Crêpe Rit du Clown. Apparently drinking cider was a custom there. My first savoury crêpe consisted of ham, egg and cheese – it was a very strange feeling – followed by a sweeter one with chocolate sauce, vanilla ice cream and almonds. It was gorgeous. The walk there presented us with a face-to-face encounter with the Church of Saint-Sulpice, while coming back we went through the Jardin du Luxembourg as the sun slowly began to set. I bought a bottle of white wine and headed for the terrace. From the setting of the sun against a beautiful backdrop of varying hues to the anticipation for the sparkling lights of the Eiffel Tower, we talked and laughed to what seemed to be a perfect ending to a long and exciting day.

Crêpe with ham, egg and cheese.

The Eiffel Tower, Les Invalides and the Arc de Triomphe begin to light up. 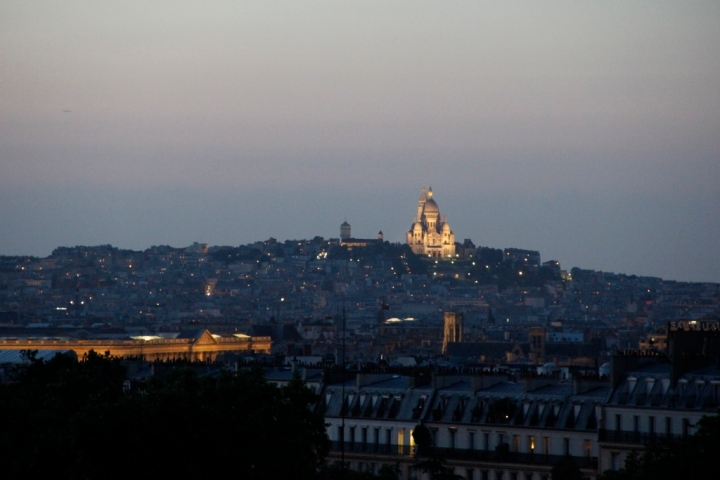 The Basilica of the Sacré-Cœur at dusk. 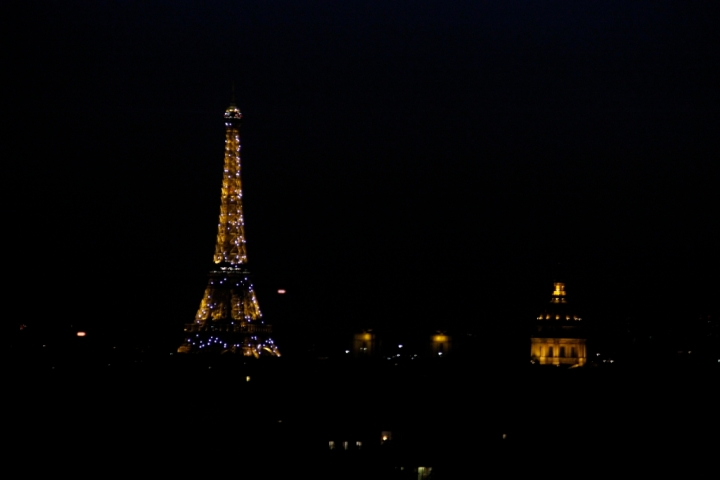