The recent news concerning the axing of Art History at A-Level has received widespread criticism from teachers, students, and members of the general public alike. Each has made an attempt to defend the status of art history in education and its prosperous capability to help us understand society today.

Here is my attempt.

I am from a Chinese working-class family. I did my A-Levels in Maths, Physics, and Psychology, with AS-Levels in Art & Design and Critical Thinking. I went on to study BA History & Philosophy of Art at the University of Kent, and have recently graduated from the Courtauld Institute of Art with an MA in History of Art, with academic prizes from both institutions.

For me – or for anyone – that’s rather a big leap.

My A-Level results were not great. By the time I was applying for university courses, my existing AS-levels were not any better. Based on my subject choices, I decided I’d try applying for Physics courses. When it came to writing my personal statement, I was completely stumped.

And then my art teacher suggested Art History. I had never heard of this subject before and it certainly wasn’t offered to me at my school. What I did know was that I was very good at talking and writing about art. A year of Art & Design showed me that I was hopeless at making anything. The first draft of my personal statement took me 30 minutes, and it remained largely unchanged. Months later, I received an interview from the University of Kent.

With bad grades and good art-writing skills, I travelled to Canterbury for an interview I shouldn’t have been prepared for based on my subject choices. But I had a secret; I had been going to exhibitions on a regular basis for the past three years.

My first serious engagement with an art exhibition was the National Gallery’s ‘Corot to Monet’ and their small display focusing on Titian’s Triumph of Love (mid-1540s) in 2009, the first time it was displayed to the public in nearly 50 years. I had visited with a friend and she made a habit of drawing after some of the exhibited works. From then on I began to do the same.

Whilst my classmates spent their holiday periods with their friends, I spent mine with the artists of old. I discovered Pre-Raphaelitism and read Van Gogh’s letters at the Royal Academy of Arts. I learnt to appreciate Picasso at Tate Britain. My love of Raphael’s cartoons and tapestries was revealed to me at the Victoria and Albert Museum’s exhibition marking the visit of the Pope. I queued outside the National Gallery on a winter’s morning for five hours to see Leonardo da Vinci’s two Virgin of the Rocks reunited. I even used Paul Delaroche’s The Execution of Lady Jane Grey (1833) as a memory aid for chemistry equations during my GCSEs. 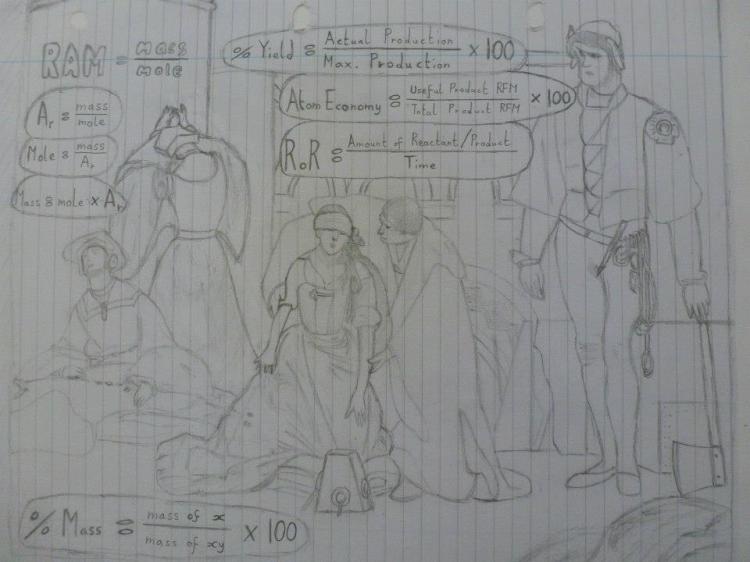 No one taught me art history; I pursued it. I could tell you what Degas was thinking when he painted his ballet dancers, but I couldn’t tell you the specifics of a psychology case study. I could tell you exactly how a Renaissance painting was designed, and still I wouldn’t be able to solve a polynomial.

On interview day, I went in carrying an A3 sketchbook filled with drawings of artworks I had seen from exhibitions over the past three years. If my grades weren’t going to give me a chance, I was at least going to show my dedication and passion for the field. And that was exactly what happened. I received a conditional offer because of three years’ worth of admission tickets.

On the same day I had a chance to meet some of the other candidates; some went on to be my future classmates, others did not. All of them had in some way or another encountered art history at school. There was one girl in particular whom I had a lengthy conversation with. She had also applied to the Courtauld Institute that year; I had never heard of the place until then. There was one quotation that she always kept to her heart:

“Illiterate men can contemplate in the lines of a picture what they cannot learn by means of the written word.” – Pope Gregory I

As a secondary school student, I had very little skills. I was terrible at languages, I was mediocre at maths, and my essay-writing was far from acceptable. But I was extremely good at looking. I was observant and had an incredibly good eye for detail. But none of the available subject choices allowed me to develop this fundamental skill which crops up again and again in job applications.

Pope Gregory’s point refers to the development of images to spread and democratise the teachings of the Church, something which was previously accessible only to the Latin-speaking elite. Images transmitted knowledge in the same way cartoons teach children about life. It was as significant as the invention of Braille for the blind. Cutting Art History at A-level means stripping young adults of the chance to learn about the foundations and aims of a democratic pictorial language. Images were made to share knowledge. Our children should be given that opportunity in schools, not by the time they are beginning to consider their career path.

Whilst at Kent, I flourished. Through art history I learnt more about contemporary society in a year than I did throughout my entire primary and secondary school education. A single painting revealed to me the politics, socio-economics, belief systems, philosophy, and visual and material culture of its time. I learnt more about ethics and gender issues in a single module on representations of the nude than I did in my two years of Psychology classes. A seminar on Impressionism taught me the architecture of the city of Paris and why it was designed in such a way. I didn’t have one authoritative textbook; I had decades’ worth of opinions, facts and figures. I even co-curated an exhibition and co-edited and published the accompanying exhibition catalogue.

When I was at school, I always felt at a distance from the subjects I was studying. I couldn’t relate to them because I wasn’t applying them to my daily life. With art history I wasn’t just studying it; I was living it.

Images dominate our everyday lives. Newspapers come with pictures because of developments in printmaking. The buildings and rooms we live in are still the product of pictorial and architectural theory spanning hundreds of years. The function of photographs today remains largely unchanged from their painted and sculpted counterparts in Ancient Rome or 18th-century France.

In our consumerist culture, wealth is still signified by luxury goods. Art-collecting goes back at least 500 years. Designer clothing and expensive materials were still as favoured as they are today. The same goes for celebrity status. If Titian had Twitter or Instagram, his followers would be the dukes, princes and monarchs of Europe. If Artemisia Gentileschi had social media, she would have initiated the feminist movement 200 years earlier. And if there was one spectacle to rival our World Cup finals of today, it would be Leonardo and Michelangelo’s fresco competition at the Palazzo della Signoria in Florence of 1504-05.

Visual culture shaped societies, and they still do now. Italians still pray before 500 year-old altarpieces in churches and cathedrals, and Inuit societies still use ritual objects that can be found sitting in museum displays. Art history shows us how they did it. Some served as symbols of hope, e.g. the Goliath-killing David to the citizens of Florence, WWI propaganda posters, etc. Others aimed to teach the wider public, such as the altarpieces and fresco decorations of European churches. Others consolidated their divine status or aristocratic heritage; just look at the prevalence of portraiture. Some merely wanted to record everyday life in their city, as in the genre paintings of Dutch society. And then there were those that aimed to express their psychological trauma and suffering, e.g. Vincent van Gogh, Egon Schiele and Oskar Kokoschka.

Throughout my undergraduate studies I was given opportunities I never thought was possible. Subsidised trips allowed me to visit and experience the richness of Paris, Venice, New York, Rome, and Berlin. I met and spoke with gallery directors and museum professionals, and had heated debates with world-class thinkers and academics from every part of the world. No longer did I feel like a mere university student; I felt as if I was already contributing to this vast and dynamic field, like a professional, by having these discussions with those already doing their job. I was networking and making contacts without even realising.

I was always excited and I kept wanting to know more. I sat in for extra classes. I developed my writing skills by creating this blog. I conducted independent research and showed them to my professors who greeted me with the support and respect everyone should deserve. We were treated not simply as students but also as colleagues. With their advice and continued encouragement, I was quickly accepted into the Courtauld Institute for a Masters degree, “the world’s leading centre for the study of the history and conservation of art and architecture” according to their website. More intensive research, more late-night studying, a tiny bit of travelling, and a great deal more networking ensued. I graduated with a Distinction and an Outstanding Dissertation Prize.

Introducing students to Art History does more than just teach them about artworks as ‘works of art’. It teaches them how to see the world around them differently. It trains their ability to see and perceive things. It promotes independent and critical thinking, encouraging them to think for themselves. It teaches them why these material objects matter then, and why they matter now. Why is one painting worth so much more than another? Why do we have World Heritage Sites? Why do tourists flock to museums and galleries around the world? Why do we perceive gendered representations with double standards? Why do we value the things we consider valuable? Art history is as much about the consumption of visual and material objects in all facets of society as it is about their aesthetic appearance.

Art history matters because we are living in its legacy, and in doing so we are also shaping it. If our facts and figures can’t reveal what early 21st-century society was like, our images and material objects will. 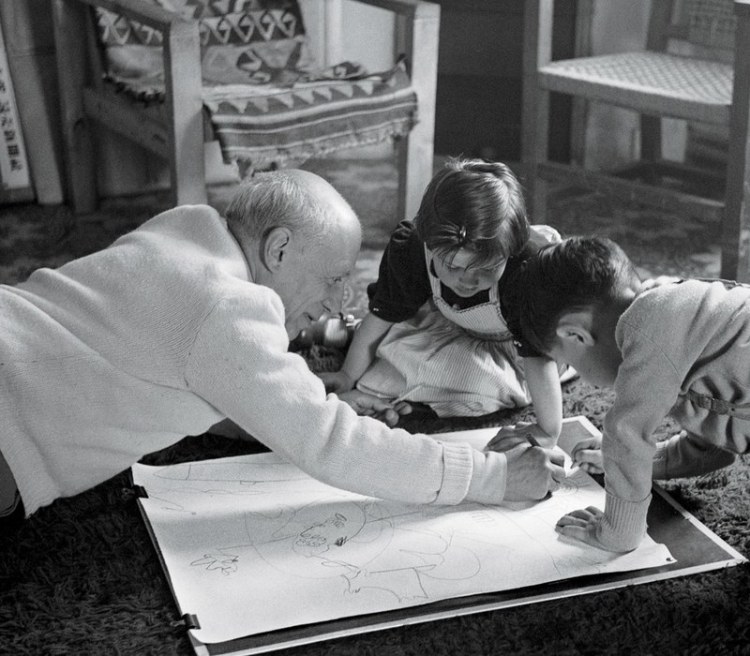