By now, everyone will have heard of the world record-breaking sale of Leonardo da Vinci’s Salvator Mundi (c.1500) at Christie’s New York on 15 November 2017. Christie’s ‘triumph of marketing’ praised it as ‘the last da Vinci’, referring to its status as the last painting by the artist in private hands; this is untrue as the Duke of Buccleuch owns one of two versions of Leonardo’s Madonna of the Yarnwinder, currently on loan to the Scottish National Gallery, Edinburgh. It has also been called ‘the male Mona Lisa’, having been made around the same time as the Louvre highlight.

Placed in the money-rich Post-War and Contemporary Art Evening Sale and combined with an international tour to Hong Kong, San Francisco, London, and New York, the hype paid off, resulting in a $400 million hammer price ($450,312,500 including buyer’s premium), far exceeding the $100 million estimate that caused this round of ‘da Vinci mania’. They even produced a special catalogue for the occasion! Suspense filled the saleroom with each increasing increment, including the sudden jumps from $332 million to $350 million, and then, at just short of 18 minutes, from $370 million to the winning $400 million.

‘Are we all done? Maybe not. Don’t take the photograph quite yet.’

So, what does this painting have to do with the Queen’s House in Greenwich?

It used to hang there when it was still in the collection of Charles I, and therefore the possession of Queen Henrietta Maria (who is speculated to have brought the painting to England).

In the inventory of the royal collection drawn up after the execution of Charles I in 1649, it is documented for the first time under the heading of ‘The Pictures, wch were, in both ye Clossetts at Grenewch’ as ‘A peece of Christ done by Leonardo at 30:00:00 / Sold to Stone a/o 23 Oct 1651’.

The locations of these two closets are most likely the two small rooms on the right side of the house, towards the south façade which currently faces the Royal Observatory. Unfortunately, lack of documentation and descriptions of the rooms’ functions in Henrietta Maria’s time makes this difficult to prove for certain. It is also unlikely that the Salvator Mundi hung in Greenwich Palace (Palace of Placentia) as it was in a state of disrepair during the years of the English Civil War, 1642-51. Therefore, we can speculate with a high degree of certainty that it resided in the Queen’s House.

In this post, I didn’t want to delve too much into the politics and ethics of the sale, such as the obscene distribution of global wealth, nor did I want to enter attribution territory – The Telegraph have put together a brief list of details that have concerned the experts. On the other hand, I would like to address and clarify a couple of things mentioned by commentators in the media. At the time of writing, James Tarmy’s Bloomberg article is one of the most sympathetic and discerning analyses of this entire situation, addressing many important issues raised in the public eye and is worth reading. 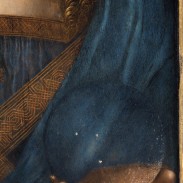 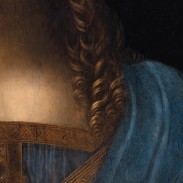 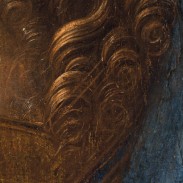 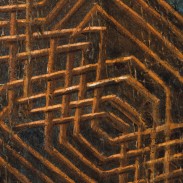 ‘They’re not even certain that it’s by Leonardo da Vinci!’

Art historians have always known that Leonardo painted a Salvator Mundi; the question is whether the recently-sold painting is one and the same. Making this attribution is an extremely difficult process because the painting hasn’t come down to us in the best of conditions. It was heavily over-painted in the past and clearly over-cleaned somewhere down the line. Experts can only judge from the original paint that is left, if they can identify it. When I viewed it in London, the picture did look disappointingly flat and it was clear that it had lost a significant amount of its original lustre. 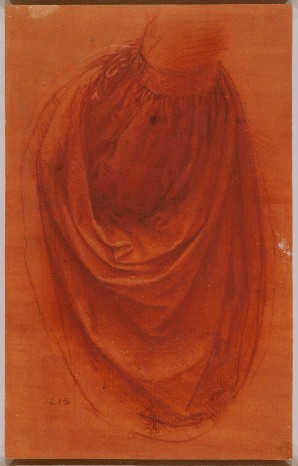 Additionally, the existence of two fully-autograph preparatory drawings by Leonardo at Windsor Castle certainly supports the painting’s attribution to the artist (or at the very least his workshop). When they were displayed beside each other at the National Gallery’s 2011 exhibition Leonardo da Vinci: Painter at the Court of Milan, the contents of the drawings were remarkably close to passages in the Salvator Mundi, such as the intricate embroidery on the tunic and the precise folds on the drapery of the raised right hand. More importantly, the painting needed to match the only visual evidence of its existence, Wenceslaus Hollar’s 1650 etching of the painting, which indeed it does.

However, none of these are sufficient enough to definitively prove that Leonardo painted it. We also need to consider the role of workshop participation. Having located the original paint, we then need to perform the more complex task of identifying Leonardo’s ‘hand’, if the painting was also partially painted by the workshop. Non-specialists may find this surprising but this was actually common practice in the Italian Renaissance, an example being the Buccleuch Madonna of the Yarnwinder (believed to be a collaboration between Leonardo and Giovanni Antonio Boltraffio). The question thus goes from ‘how much of it is original paint?’ to ‘how much of the original paint was painted by Leonardo himself?’

Some figures, such as the biographer Walter Isaacson, have questioned the lack of light diffraction in the rock crystal orb. Since Leonardo was deeply involved with researching optics and physics at the time, he wouldn’t possibly make such a mistake…right? However, one must also consider the role of artistic license. Had Leonardo conformed to the law of physics in the painting of this picture, the harmonious, balanced composition would fall apart. The distortion within the orb (e.g. warped drapery, reflected hand) would have been far too distracting.

Others have also noted the unimpressive full-frontal composition. Again, Leonardo simply conformed to an established tradition of representing Christ as the Salvator Mundi (Saviour of the World); ‘Symmetry and frontality were more or less obligatory when Christ is depicted as saviour of the world’, wrote Martin Kemp. It would not be surprising if the original contract for the painting explicitly stated its adherence to established modes of representation, resulting in the current work. Furthermore, the face-value comparisons to the Mona Lisa – its ‘spiritual equivalent’ – are utterly ridiculous; they are completely different types of painting!

The current attribution to Leonardo cannot be expected to be definitive – as much as we would all like it to be – but it’s the best that one can do given the current situation. The ideal scenario would be discovering his backwards handwriting embedded somewhere on the panel or identifying an underdrawing that bears his left-hand hatching from upper left to lower right.

This is a question that is more directly related to the nature of the art market itself. The art market runs on supply and demand. Prices fluctuate based on the artist’s name, importance, and reputation, and most importantly, how many of their works exist; quality becomes a secondary priority. In the case of Leonardo da Vinci, about 15-16 of his known paintings have survived, most of which are now in public museums. The Salvator Mundi was a rare opportunity to own a painting by Leonardo, of which another opportunity is extremely unlikely to arise. Its poor condition is a necessary compromise. After all, there isn’t another one like it. These considerations must have crossed the bidder’s mind when he or she decided to make the leap from $370 million to $400 million in an attempt to shake off the competition.

Finally, its relative worth isn’t just based on how well preserved and visually-appealing it is; one is also buying the history that comes with the painting. Assuming it is a genuine Leonardo, it becomes a key example of Leonardo’s existing oeuvre, providing art historians with another frame of reference to understanding the artist’s life and work. It is also another traceable object in the history of collecting, having entered two royal collections in the past. If it isn’t by Leonardo, it serves as a high-quality homage to the artist’s work and cultural legacy.

Undeniably, the act of commodifying an object of cultural importance is a simplistic attempt at judging its true value. The confirmation of that value is dependent on how much someone is willing to pay for it. When it was unveiled in the 2011 exhibition, it was speculated to be worth $200 million if it went on the market. Now that it has, someone clearly thought it was worth twice that amount.

I shall end this post with an interesting question posed by Cody Delistraty at Frieze:

‘The question that deserves asking: what are you really buying when you buy an artwork? Does it matter if it’s real or if it’s fake; if it’s well preserved or poorly preserved; if it’s bought out of passion or out of calculated investment? The obvious arbiter of those questions is Salvator Mundi’s buyer who is yet to be named. But it’s also a question anyone interested in art must reckon with. What is an artwork? Is it a piece of physical aestheticism to be bought and sold, or is there a more nebulous kind idea of ‘value’ – the value of history, of a genius’ creative impulse made manifest?’

Update (6 December 2017): The mysterious buyer of the Salvator Mundi has been revealed! According to documents reviewed by The New York Times, the buyer was Prince Bader bin Abdullah bin Mohammed bin Farhan al-Saud, a little-known Saudi prince from a remote branch of the royal family. It is due to go on display at the newly-opened Louvre Abu Dhabi sometime in the near future.