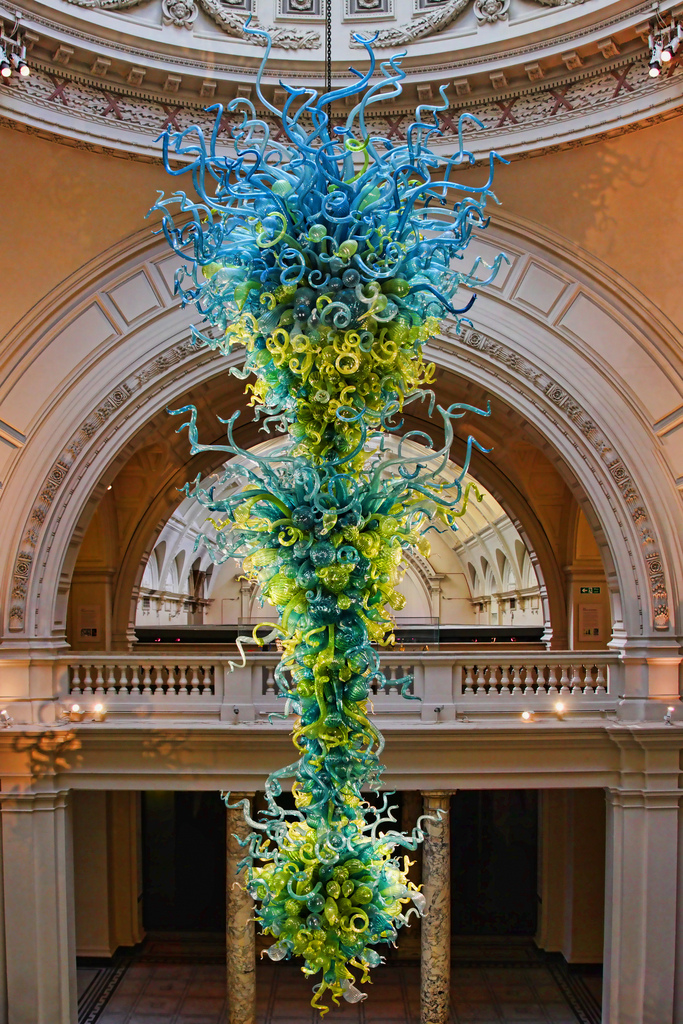 The V&A is known for many things: full-sized casts of Michelangelo’s David (1501-4) and Trajan’s Column, the Raphael’s tapestry cartoons, the ‘Green’ Dining Room designed by William Morris, the Indian barrel organ called Tippoo’s Tiger (1793), Matthew Cotes Wyatt’s sculpture of the dog Bashaw, the Faithful Friend of Man (1832-34), Dante Gabriel Rossetti’s The Day Dream (1880), the Becket Casket (c.1180-90), and the Ardabil Carpet, one of the largest carpets in existence. And that’s just scratching the surface.

A member of the South Kensington triumvirate, the museum is dedicated to objects of art and design. With strengths in Medieval, Renaissance, and 19th-century art, what treasures does it hold that the guidebooks forget to say?

Whilst the Royal Academy of Arts owns the only Michelangelo marble in Britain – the Taddei Tondo (1504-6) – the V&A boasts Britain’s even rarer and only wax model by the famed Renaissance artist. It was made as a sketch model for an unfinished marble Slave (Galleria dell’Accademia, Florence) intended for the tomb of Pope Julius II. It was commissioned in 1505 when Julius II was still alive – he died in 1513 – planned as part of a large free-standing structure containing more than 40 over-life-sized marble statues intended for Saint Peter’s Basilica in Rome.

Many revisions and reductions to the original plan were performed and the result was a greatly reduced tomb on a wall of San Pietro in Vincoli, Rome, erected in 1545. This model belongs in the 1516 scheme, the third of six schemes throughout the project. Casts of some of the sculptures related to the project can be seen in the Cast Courts section of the museum, such as the famous Moses (c.1513-15).

Michelangelo is known for burning his preparatory works but his contemporaries collected his drawings and models, considering his reputation and a fascination for his creative process. Wax models are especially rare and only a few surviving in the world are still attributed to the artist.

The V&A has many prints and drawings by Rembrandt, including a copper etching plate for The Virgin and Child with the cat and snake (1654). This painting came as a surprise to me as I was unaware of its existence. Its iconography is uncertain and is sometimes identified as the Departure of the Shunammite Woman; this has been deemed unlikely.

Until 1973, it was generally accepted as an autograph work by the artist due to it being signed and dated ‘Rembrandt f. 1640’. However, the earliest documented reference to the painting in 1671 already attributed it to ‘a disciple of Rembrandt’. The painting itself is certainly of comparable quality to his autograph works, such as the beautiful spotlighting effect and attention to decorative details.

This is a wonderful example of the technical competence of Rembrandt’s workshop to emulate his style, often creating works which might appear better than those of the master. The signature only served as a form of official branding. These kinds of paintings are a fascinating insight into the inner workings of the artist’s workshop and the high demand for his work. 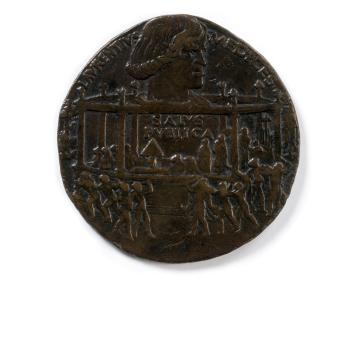 Renaissance medals are some of the most under-appreciated objects in general. However, they celebrated the lives of notable individuals and commemorated important historical events. These derived from the coins of classical antiquity and is still a long-standing tradition today. They also served a propagandist function.

This bronze medal by Donatello’s pupil, Bertoldo di Giovanni, is one of the most important in Italian Renaissance history. It commemorates the Pazzi Conspiracy in 1478, an unsuccessful attempt led by the Pazzi family to overthrow the ruling Medici family in Florence. The obverse side depicts the bust of Giuliano de’ Medici, shown in profile like the portraits on Roman medals. Beneath him is the choir of Santa Maria del Fiore and his assassination on 26 April in front of 10,000 people during High Mass. On the reverse is the bust of Lorenzo de’ Medici who was also assaulted at the same time but escaped with serious wounds. The scene beneath him shows the unsuccessful conspirators being seized by groups of people. The conspirators are shown with drawn swords.

3-2-C is a series of blog posts devoted to presenting an alternative selection of ‘must-see’ exhibits from museums and galleries in the UK and around the world.